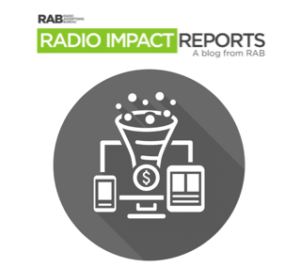 Read as PDF: The End of Media Currency

The End of Media Currency?

Media are bought based on the audiences they deliver, as measured by their respective industry currencies.  Prices are paid based on shared beliefs about the relative value of those audiences and the likelihood that they will convert to buyers.

For many years CMOs had to tell their CFOs that “prices paid for media are based on marketplace beliefs.”  Not an easy conversation. Over 25 years ago econometric models entered the mainstream and by the late 1990s had been adopted by the majority of leading marketers.  It became possible to measure the share of brand volume contributed by advertising and the return on that advertising investment.  With sufficient care, the ROIs of the various media used in a media plan could be compared and budgets shifted from low-ROI to high-ROI media.    But looking within each medium for the best vehicles – digital domains, or magazine titles, or television programs was not possible.

In short, while budgets can now be allocated among media based on measured ROI, that ROI reflects the brand’s media schedule and use of that brand’s creative messages over the past two to three years.  Allocations down to the level of specific vehicles (magazine titles, television programs, etc.,) are still “based on beliefs” about the relative value of those vehicles. Still.

And it’s true that even the ROI estimates at the medium level may not be stable.  What if the great creative that produced the high ROIs were no longer on air?  The ROI of the medium itself won’t match up to its own historical benchmark – the one that justified the expenditure in the first place.  So even empirically based, scientifically estimated ROI can be a mirage.

There has been valuable, real progress in ROI measurement.  But that progress is insufficient, unstable and not really very actionable.   The industry has to move beyond measuring ROI to managing ROI.

Our ability to manage ROI today is severely limited.  Budgets can be shifted from one marketing factor to another – from television to digital; from couponing to flash sales.  But there is no guidance for how the ROIs of each of the marketing factors could be improved -- or how marketing factors that hadn’t been used might contribute.

For the most part, we haven’t moved from measuring ROI to managing ROI because we didn’t have the tools.  But today, big data and attribution analytics that operate at the individual household level are making that possible.  In our view, neither the data, nor the analytics are quite ready, but they are getting closer by the day.  Once available, it seems inconceivable that marketers would not leap at the opportunity to manage their ROI.  Building brands and driving revenue have always been the dual roles of advertising.  But in today’s micro-fragmented, multi-platform media world it has become exceedingly difficult to build brands and drive revenues without the right measurement and analytics.  Emphasis on “right.”

So, if that’s the near future we are preparing for, what does it tell us about media currencies?

Once advertisers can determine the ROI of every media placement they consider, they will know what they are willing to pay for it.  Price will be determined by the advertiser ascribing the highest value to each unit.  Media property owners will earn the highest prices they can claim and advertisers will always buy the units that produce a positive ROI.  Media transactions will no longer transact on audience data.  The “currencies” will no longer be the currencies.

The new media marketplace will require near census-level data linking every exposure to every purchase, consumption event, subscription, activation … whatever attitudes and behaviors drive the advertiser’s business. We are not yet at that point.  Digital data is census level, but has important outages to be addressed.  Television data exists at a near census level, but has never been aggregated across all systems.  Radio, print and OOH face bigger challenges.  But we can see technology solutions in the pipeline.

This revolution is happening.  ComScore acquired Rentrak.  Nielsen ingested the rest of Nielsen Catalina Ventures, while continuing to grow one of the largest and most sophisticated analytics practices on the planet. DataLogix, TiVo, 84.51°, Kantar continue to weave a patchwork of big data.  Credit card transaction data has become available from multiple sources, GPS is linked to consumer data -- especially in the digital world where impressions are behaviorally targeted and randomized controlled tests are rampant.

Many providers see the opportunity here, but will the media marketplace evolve?  History has shown this industry to be incredibly inertial, risk averse, and slow to change.  Logic suggests that it will.  In an ROI driven marketplace, each media vehicle will be sold to the highest bidders, not at an average market clearing price based on a demographic CPM.  The media stand to gain tremendously.  But so do the advertisers.  Knowing the true value of each vehicle to their brand ensures media buys that deliver a strong ROI.  Buyers and sellers both benefit because value is created in this process.  Negotiation will still play a role in the division of that new value among buyers and sellers.  But it is not a zero sum game.  The biggest challenge is organizational adoption – the vision, and willingness to change.

The choice seems clear: build the future and reap the benefits or remain in a world not ruled by ROI.  That world will be ruled by that other three-letter acronym – CPM, here cheaper is better and quality goes unnoticed and underutilized.  That’s a race to cheap, low quality media that will only deliver an acceptable ROI when it is cheap enough.  Prices will drop and budgets will be reallocated to more effective marketing factors.  That’s a gruesome future for media and a huge missed opportunity for advertisers.

Experience has shown that logic does not always prevail.  But if this scenario pans out in one form or another, the currencies step back from center stage to become only an input in ROI models.  They will still be essential, but far less glorified. The contest among research providers will change.  And so will the winners.